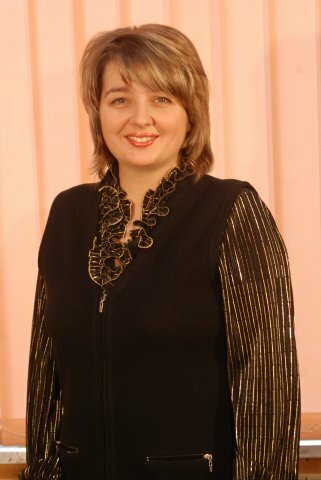 Yuliya S. Tkach (19th of June, 1977) – is the Ukrainian choral bandleader, representative of Kyiv choral school. She is an honored artist of Ukraine, artistic leader and main bandleader of the Academical choir named after P. Maiboroda of the National radio company of Ukraine.

Yuliya S. Tkach was born in Kyiv. Graduated from a bandleader- choral faculty (a professor V.A. Dzhenkova class) and assistantship-training (a professor E. G. Savchuka class) of the choral conducting department of the National musical academy of Ukraine named after P. Chaykovskiy. A professional activity began in 1998 as a choirmaster of Folk choral choir of teachers «Svitoch» (leader M. Yurchenko) and as a leader of Student choir of the National linguistic university. She has taught a conducting and choral disciplines in the Kiev pedagogical college named after K. D.Ushinskiy (musical-pedagogical branch) and in Kiev secondary- special musical boarding school named after M. In. Lisenko. From 2003 she obtains the position of a choir-master, and from 2010 works as an artistic director and main conductor of Academic choir named after P. Mayboroda of the National radio company of Ukraine. She released a considerable amount of fund records: choral concert of M. Berezovskiy “Do not deny me at age”, choral concerts of D.Bortnyanskiy, M. Leontovich “Thankful moleben”, spiritual songs by P. of Chesnokova, O. Arkchangelsk, choral cycles of G.Sviridova, O.Protopopova, V. Stecenko and others. In 2009 a compact disk, «Academic choir named after P. Mayboroda. Yuliya S. Tkach is a conductor», was issued.